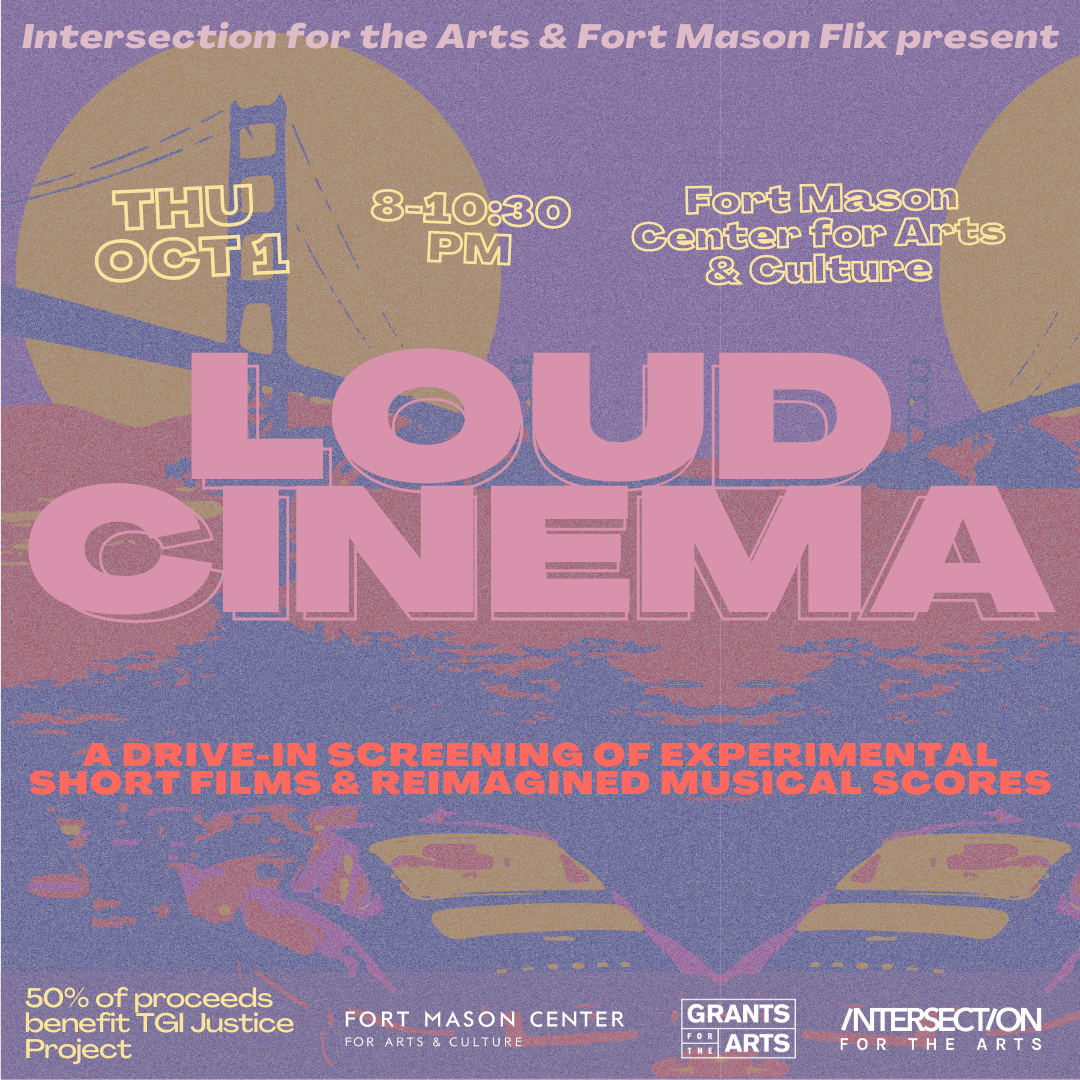 Join Intersection for the Arts and Fort Mason Flix for a curated evening of film and music, transmitted to your radio and enjoyed from the socially distanced comfort of your car. Ten early-20th century experimental short films from the likes of Marcel Duchamp, Mary Ellen Bute, and Slavko Vorkapich, accompanied by reimagined scores written and recorded by Bay Area music artists spanning jazz to hip hop to indie to trance. Modern sound meets experimental film to explore the questions “how might shapes convey sound?” “how can we reinvigorate old forms with new media?” and “how can we challenge the history of film and it’s presentation through modern score and innovation?”

The drive-in will open at 8PM with concessions & food provided by Off the Grid, to-go drinks provided by The Interval. The screening will begin promptly at 9PM with a run time of approximately 90 minutes.

50% of the proceeds from this event will benefit the TGI Justice Project, a San Francisco-based group of transgender, gender variant and intersex people—inside and outside of prisons, jails and detention centers—working to end the human rights abuses committed against TGI people in California carceral facilities.

This event is sponsored by Intersection for the Arts, supported by an INTERSECT SF grant, made possible by San Francisco Grants for the Arts. Presented by Fort Mason Flix.

Intersection for the Arts