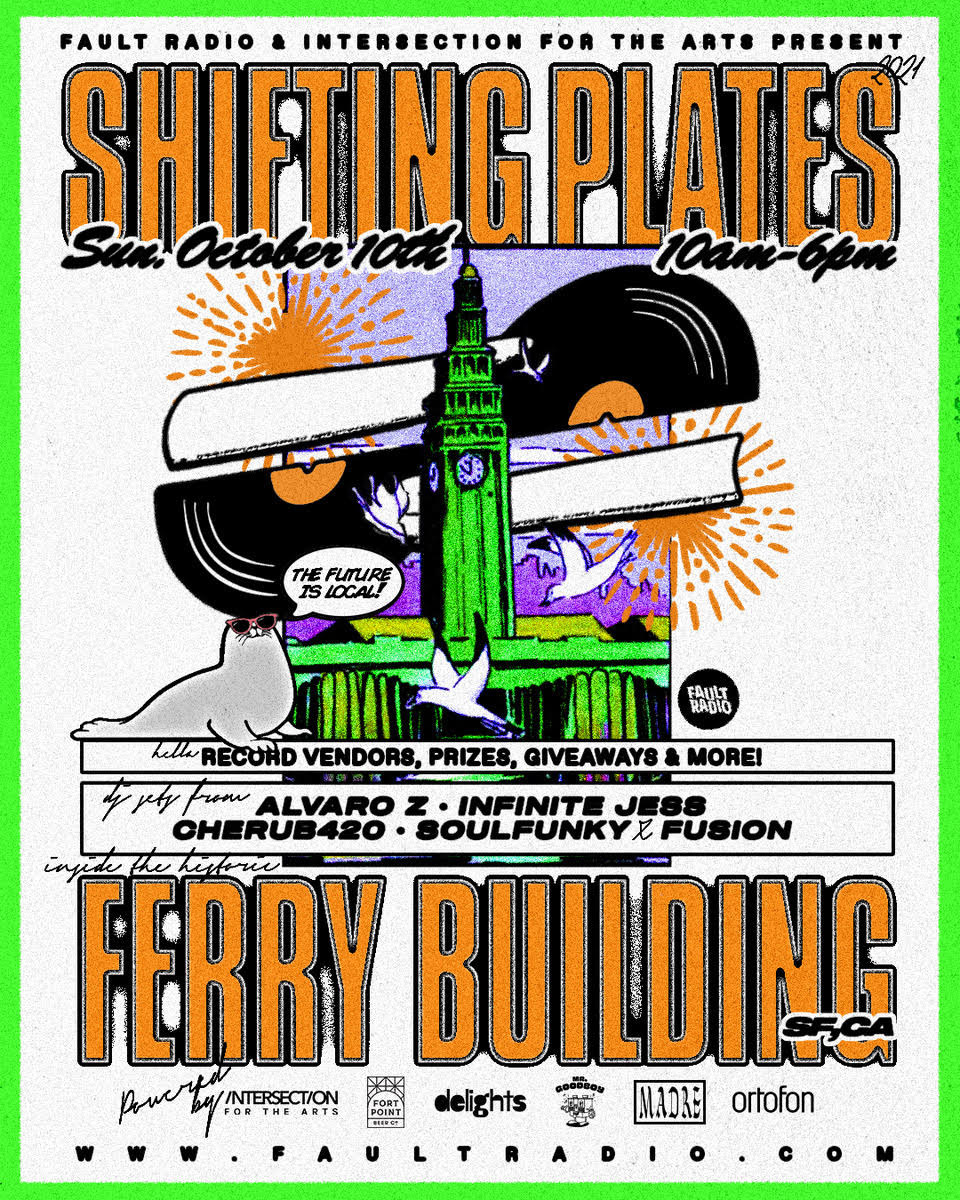 Shifting Plates Record Fair is a Fault Radio production powered by Intersection For The Arts. Approximately 30 record vendors
participated at our annual fair featuring the Bay Area’s leading record stores together with known local dealers. After a long
hiatus, this year we came back stronger than ever with a 3rd edition of Shifting Plates Record Fair at the San Francisco Ferry
Building.

This year our record vendors sold vinyl in an array of genres. Local DJs–Alvaro Z, Cherub 420, Infinite Jess, and Soulfunky x Fusion
set the vibes, playing records from their collections throughout the day. There were also giveaways with prizes such as Audio Technica turntables, slipmats, records, Ortofon needles, and many more.

• Shifting Plates is an independent event produced by local DJs for the local San Francisco music community. We consist of a network of artists, sellers, and promoters that are pillars within the local scene while partnering with stores from all over California.

• Our events are free to the public and accessible to everyone.

• Our annual fairs receive press coverage from local media outlets such as SF Chronicle, SF Station, 48 Hills and many more.

Fault Radio is a grassroots non-profit organization dedicated to creating a center for modern electronic music and DJ culture in the Bay Area. Originally conceived as a pop-up live video streaming platform, we have grown and evolved with the needs of our community to include the production of podcasts, articles, documentaries, music television, record fairs, and educational
programs to support the growth of artists and local institutions.

Our listenership and viewer base includes an international audience and our outreach extends to cities such as Los Angeles, Portland, New York City, and London. However, our focus remains on the Bay Area rooted in our belief that the future is local!

Fault Radio is a member of Intersection For The Arts. Revenues from this event goes to support our non-profit and ongoing activity.